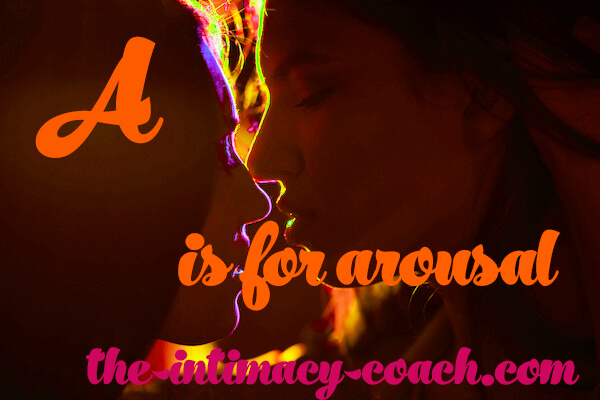 A is for Arousal

A is for Arousal which is where sex begins.  There is no sex without arousal.  Arousal begins in the mind.  Even for those of us who first experience arousal through visual means – seeing someone we find attractive, for example.  Vision is not simply in the eyes.  The eyes are one part of the visual system and the main part of the system is located in the brain.

Arousal is a physiological state that comes about because of stimulation so it can be positive or negative.  We get aroused when we are frightened or angry and the same process goes on in our bodies as when we are aroused sexually, at least initially.  Have you ever been in an argument with a partner that got heated and somehow turned into really hot sex?   Some folks say that make-up sex is the best.  It’s probably because they are already aroused from the disagreement.

All of our senses can trigger arousal.   Taste of something delicious can set off sexual arousal.  Seduction is the art of creating arousal in someone.    Using all the senses creates the strongest response so the best seductions incorporate as many sensory elements as possible.

Arousal is essential for hot satisfying sex.  It is also essential for our physical and mental well-being.  It tenses muscles, releases hormones and helps us get physically and mentally ready for action.  If you want to create and experience incendiary sex, focus on arousal instead of orgasm.

How to tell if a woman is aroused

Her pupils will dilate.  This is an unconscious response and one that she cannot control.  Sometimes medications can effect pupillary response so it is not foolproof.  However if she is not on any type of medication and her pupils are dilating, she is probably aroused.

Blood engorges a variety of areas in her body so they will swell  a bit.  Her lips will soften and feel plumper.  Her breasts will swell and nipples often harden.

Her body temperature rises so she will feel warmer to the touch.

She may flush so her face and chest may turn pink or red.

Her scent will change and become deeper.

Her clitoris will swell and harden.

Her vagina will lubricate.

There are a variety of reasons why some of these signs may not be present when a woman is aroused so make sure to pay attention to the whole of the signs and communicate with your partner!

How to tell if a man is aroused

His skin temperature will rise so he will feel warm or hot to the touch.

He will breathe deeper

He may begin to sweat and his heart will beat more quickly.

His scent will change and become more musky.

He will develop an erection. 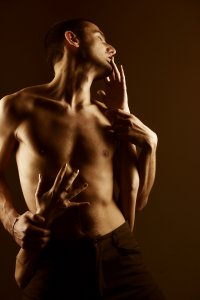 “Arousal begins within the mind then seeps out where fantasy propels physicality.” – Kristie LeVangie

“Is there a secret?  Yes.  Anais Nin and Pauline Reage and Anne Rampling and Erica Jong all knew it.  E L James knows it.  It is the secret behind all of our writing.  And our reading.  Arousal starts in the mind.  And grows in the mind.  The brain is the most erogenous zone in a woman’s body.  That is our secret.  And it is what we share.” MJ Rose

Want to know more about arousal and how to increase it?  Get in touch with me drbisbey@drloribethbisbey.com