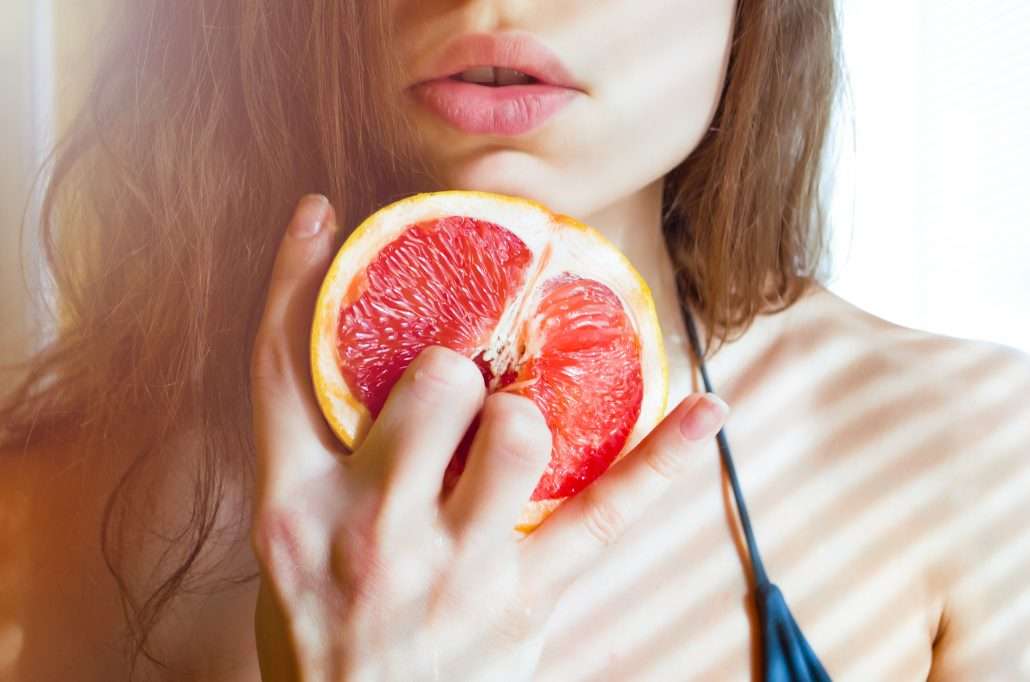 ReUpload: 23 W is for Watersports 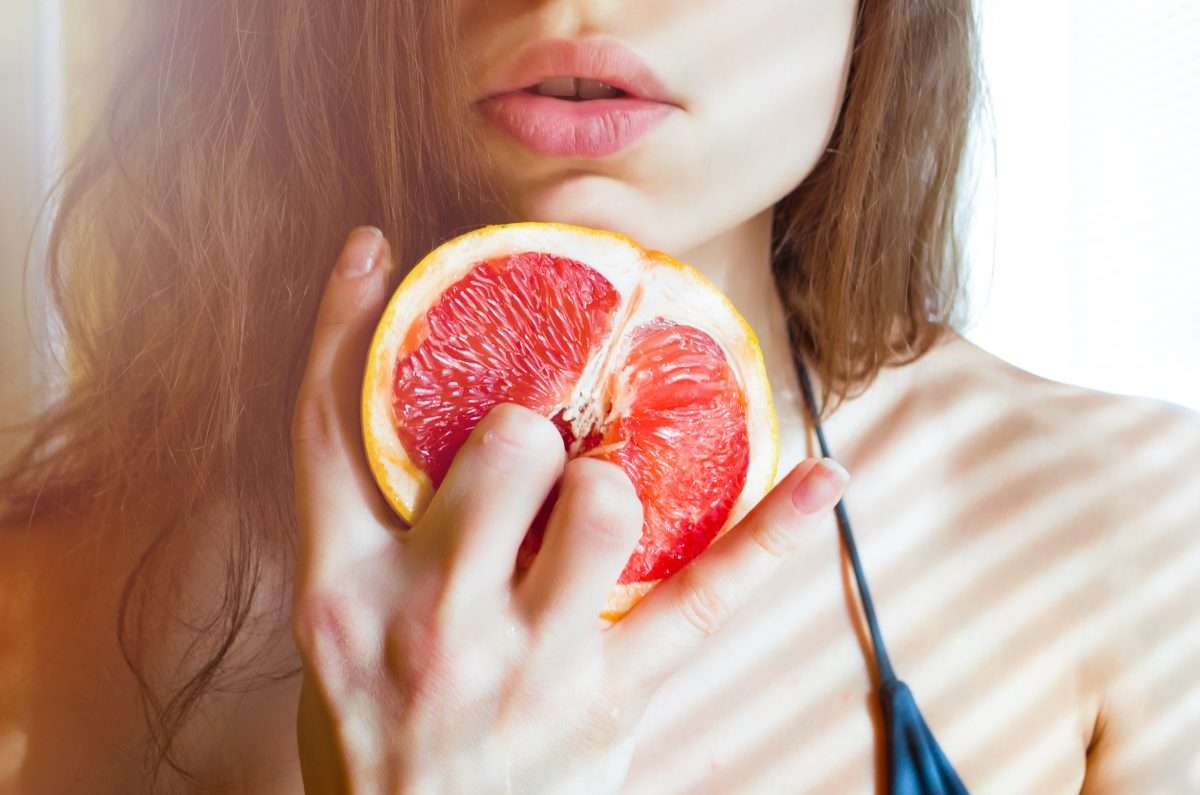 We are republishing the episodes to all good podcast providers along with our regular content until all episodes are available.  This episode was recorded in 2017.

Watersports has nothing to do with having sex in the shower or in the ocean. Watersports is sexual play involving urine. For some people, just the thought is an instant turn off.  Others are intrigued.

There are quite a few activities that can be included in watersports. Some people just like to watch someone (usually women) pee. There is a huge amount of pornography that focuses on women peeing in various places (outdoors and toilet cams). This is connected with other types of voyeurism. Some people like to watch people (again often women) pee when it is an ‘accident’. There are people who like to pee on others and some who like to be peed on. These are commonly called golden showers.

In Japan there is a separate fetish called omorashi which is the fetish for holding in your urine until the need to pee becomes urgent or making someone else hold their urine or watching someone who is clearly desperate to pee.

Many watersports fetishes are linked to domination and submission and humiliation. Some are linked to exhibitionism (peeing in public, ‘accidents’ in public).

There is pussing (which is a British term) where a man will watch a woman pee in a semi-public place like in a park behind some bushes, or in the toilet at the pub.  The turn on starts when trying to smuggle the other person into or out of the toilet.

Finally there is clothes wetting which is a specific fetish in and of itself.

Research done by Jennifer Eve Rehor of San Francisco State University in 2011 found that only about 36% of the 1580 fetishists/kinky people she surveyed engaged in watersports. This compared to 94% of the sample who enjoyed spanking.

Clients who have come to see me who enjoy watersports have usually found it difficult to disclose this to their partners. Joe was petrified that his partner, Aaron, would be disgusted if he mentioned his desire to have Aaron pee on him.  He told me that he had always had this desire and remembered as a child trying to get other children to pretend to pee on him. I asked him if he felt shame when he thought about this and he told me that he had always felt shame about this desire but not enough shame to stop indulging in it.  Joe told me that he had only engaged in golden showers with casual partners because of his fear of being rejected.  He said that he and Aaron were planning to become exclusive and he knew if he didn’t talk about this with Aaron it would mean forgoing indulging in his favourite fetish forever.

We spent a couple of sessions on reducing his shame.  Lots of people who have fetishes report that shame can be paralysing. Many report fetishes beginning in childhood and being shamed by their parents for sexual behaviour. Even today children who are caught masturbating are often told they are dirty or disgusting or that their genitals are dirty or disgusting. This creates a link between shame and sexuality that is often very difficult to sever. For some, shame becomes an integral part of sex and they will seek out humiliation. These people find humiliation a turn on. However, they don’t usually experience shame as all positive. Many feel shame after these activities and can feel intense self-loathing and self-hatred. For others, the link between shame and sex makes it very difficult for them to enjoy any sexual activity.  In these cases, therapy to deal with the shame and uncover where it has come from is often needed so that person can enjoy sex in the future.

Joe and I spent a few sessions working on his fears and decreasing the shame he felt. Then he practiced talking about his fetish with me for a few sessions including role playing talking with his partner. When he felt ready, he set up a date with his partner.  He had a movie that contained golden showers and they settled down to enjoy the movie together. He watched his partner’s reactions.  When Aaron did not appear disgusted, he felt better about raising the subject.  Watching the film led to having sex but Joe didn’t feel confident enough to suggest they add a golden shower yet. Instead, he brought it up when they were cuddling after wards. He was surprised to find that Aaron thought the idea was hot as hell. Aaron revealed that he too had always liked golden showers.

Martha and Jared came for sex coaching because they felt that sex had become routine. Jared described sex as being on autopilot. He felt that Martha was rarely present during sex and he wasn’t ever sure if she reached orgasm. Both partners agreed that if their sex life didn’t improve, their relationship was at risk. It quickly became clear that this couple had never really discussed their desires with each other.  Like many heterosexual couples, they had sex before they talked about sex and since it worked, they never gave it another thought. It was only when sex stopped working that they were at a loss.

I had them write about their own desires first. Martha enjoyed omorashi (though she didn’t know that what she enjoyed had a name). She loved the feeling of a full bladder and the fear that she would wet her pants. There were times that she had experimented with a casual partner and wet her pants. She enjoyed this immensely as well. Martha was afraid to talk with Jared about this because she feared he would be disgusted. I encouraged Martha to find a way to approach the subject and she chose to encourage Jared to read an erotic novel that contained a number of scenes of wet panties and omorashi. They talked about the novel after Jared read it. He told Martha he found the scenes interesting but not a tremendous turn on. Martha’s original response was to become very quiet. They brought this to their next session and I asked Martha why she had become so quiet. She said she was afraid this meant that Jared would not be interested in incorporating wet panties into their sex life. Jared was surprised at this as Martha hadn’t asked him. Jared told Martha he would be happy to try anything that turned her on. I suggested that they could alternate trying things that each particularly desired and see what they could add to their sex life on an occasional or even a regular basis. The following session they were all smiles and barely contained excitement. Jared shared that seeing Martha so turned on made him extremely turned on and that they had experienced the most intense sex of their lives together. They agreed that it was better than when they first got together.

Other fetishes that can cause significant shame include: coprophilia (a fetish for sex involving shit), sissification/feminisatio (involves being forced to dress in women’s clothing and serve a dominant woman), flautophilia (farting fetish).   Of the three of these, sissification is the most common.

Many men who desire forced feminisation are too ashamed to talk with their partners or potential partners and will seek out a professional dominatrix in order to get these fantasies fulfilled.  For some men, this solution works well long term. For others, hiding this large part of their desires causes high levels of stress. They run the risk of losing a partner because they have been dishonest (by not telling the partner that they are seeing someone else). They run the risk of being ‘outed’ in their careers. Many live with constant deep shame and self-loathing. The shame has a double edge.  It is exciting during the sexual session yet destructive afterwards. Therapy and sex and intimacy coaching can be of great benefit to help them decrease the destructive shame and integrate their desires in to an authentic sexual life.

If you have a fetish that causes you to feel shame, consider therapy or coaching to make sense of your feelings. You deserve an exciting authentic sexual life.