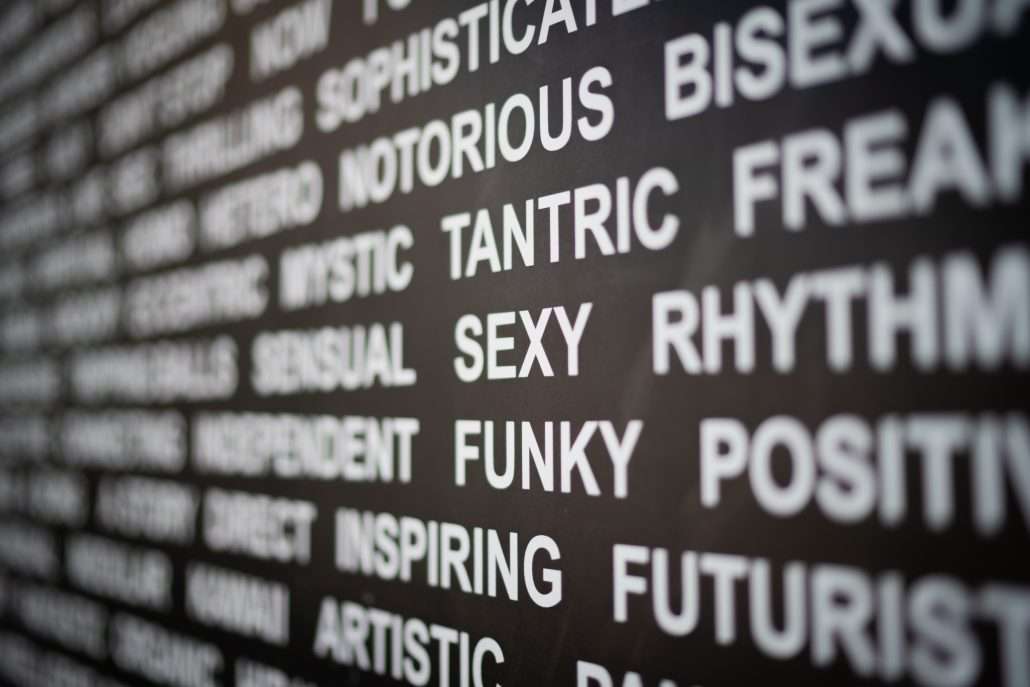 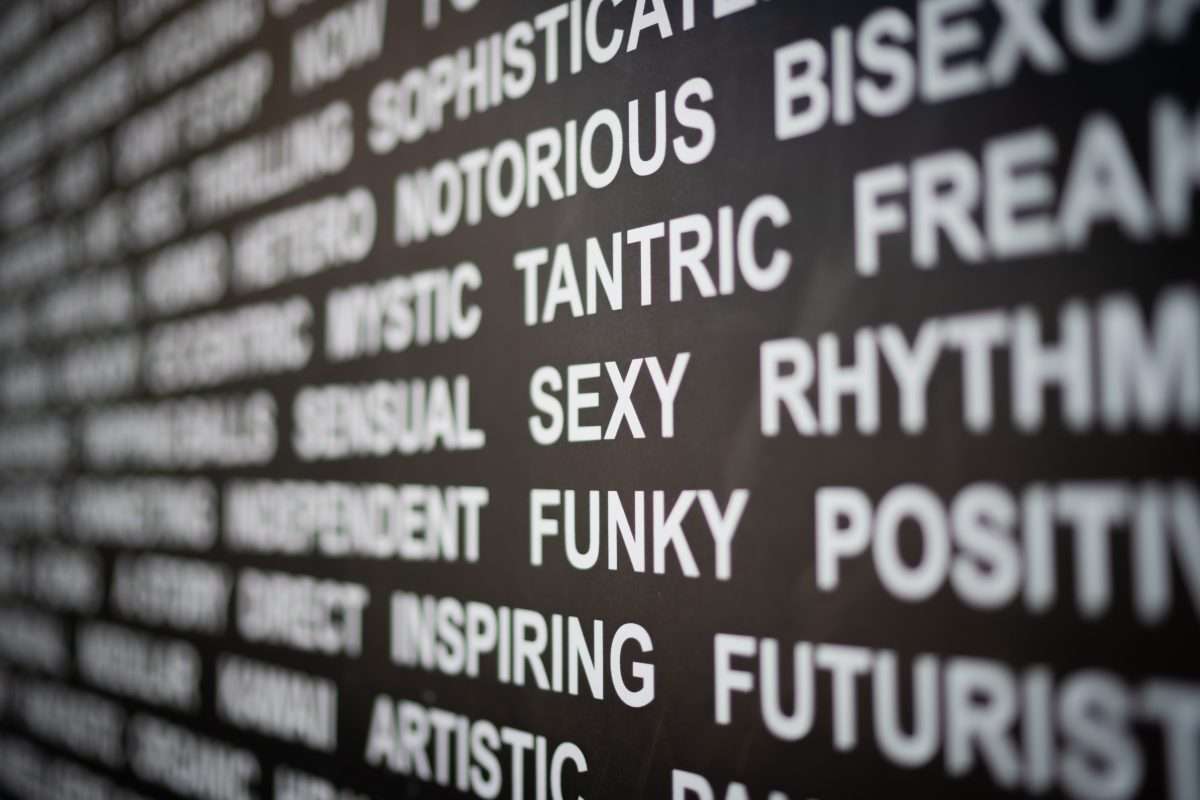 We are republishing the episodes to all good podcast providers along with our regular content until all episodes are available.  This episode was recorded in 2017.

Paraphilias were initially identified in 1886 by Richard von Krafft-Ebing in his book Psychopathia Sexualis. The word paraphilia is from the Greek beyond usual and typical love.  Paraphilias are methods of sexual expression that are out of the ordinary and often referred to as deviations or perversions. When a non-normative sexual practice is compulsive, then it is can be considered a paraphilia.

There is considerable controversy around this category. For example, homosexuality was considered a perversion and it was previously diagnosed as a disorder by psychiatrists. Many of the sexual practices that make up the paraphilias are no longer considered to be sufficient to diagnose a paraphilic disorder.  It is only when practices are compulsive, causing the person extreme levels of distress, placing the person at risk or placing others at risk that a diagnosis is made now.

Therapy is not very successful at riding people of paraphilias as the pleasure that is gained through the expression of them is so immediate and intense.  When therapy is sought, the best course of action is to look at making the practices less compulsive and integrating them into a more normative sexuality.

There is considerable debate as to whether paraphilias are impulse control disorder (meaning that they are disorders in which someone fails to control his impulse to engage in the act) or if they are more anxiety based (and then obsessive/compulsive).

The paraphilias include many that are either indulged in alone or with other consenting adults (cross dressing, specific fetishes like feet and leather for example, urolagnia or water sports). These are the ones that no longer attract a diagnosis unless they are very distressing to the person engaging in them.  The other paraphilias involving non-consenting people and these always attract a diagnosis.  This includes paedophilia (which is attraction to children), zoophilia (attraction to animals and desire for sexual activity with animals), voyeurism (desire based on watching others engage in sexual activities) but only when the watching is being done without consent and frotteurism (rubbing against an unsuspecting person in order to achieve sexual satisfaction).

The people who present most often to psychologists and psychiatrists for help are those for whom the paraphilia is necessary to their sexual enjoyment. The man who cannot achieve an erection unless he is wearing women’s clothing or the woman who cannot achieve orgasm unless she is handcuffed or otherwise restrained.  Aside from feeling lots of guilt, these people also find it much more difficult to create the sexual relationships they desire and some find themselves in breach of the law or placing themselves at risk.

I am often asked for my view as to whether or not people need to be concerned about paraphilias. So here it is:  What goes on between consenting adults is their own business. I recommend becoming very educated on the risks of your desired practice and recognising the level of risk you are taking when engaging in it. Reducing risk is always a good idea but grown people have a right to take risks. No one tells an adult that they are doing something horrible if they choose to skydive. This is a risky activity and it is assumed that an adult can assess this risk and will skydive in order to gain the benefits – the excitement, the exhilaration and the pleasure – in the knowledge that it is a dangerous activity.   Rational folks who skydive do so with good kit (good parachute etc) and after learning how to skydive as safely as possible.

In my world, it is no different when talking about sexual risks. If you are excited by being spanked, then you should gain some education so you know the risks of different types of spanking and you should take care in your choice of partner, negotiate before the spanking and be clear about what happens if something goes wrong and what happens afterwards.  When you have educated yourself, it is your choice how much risk to take.

Please note that I said consenting adults.  If your turn on involves a lack of consent and you wish to act it out with non-consenting people (or people who are incapable of giving consent), you need treatment in order to curb your desire. Some people who have rape fantasies (as the rapist) are clear that they would never truly rape someone and negotiate to act out this desire with someone who fantasises about being raped. You can fantasise about something you would never do – either because it wouldn’t be fun with the real details or because it goes against your morality or because it is against the law. There is much evidence that many more people fantasies about the most taboo activities (including sex with underage people) and never act on these fantasies and never desire to actually act on these fantasies. Fantasising does not automatically make someone a risk. However, if someone cannot achieve orgasm without that fantasy material, then there is a risk.

Now that we have talked about paraphilias in general, let’s talk about some specifics. Zelophilia is when someone gains sexual pleasure from making others jealous or being jealous themselves. The most common form of this paraphilia is people who fantasise (or enact) being forced to watch their partner having sex with someone else. On the extreme end of this spectrum this can lead to cuckholding relationships. Cuckholding relationships involve (mostly) men who get aroused by being forced to watch their wives with their often younger stronger lovers and sometimes they are also ‘forced’ to have some type of sex with the lover. Sometimes they organise the encounter but are not allowed to watch. All of these situations produce feelings of jealousy and envy that are part of the turn on and sometimes the main turn on.

Some zelophiles enjoy making others jealousy. They become sexually aroused by causing others to feel jealous.  This has a touch of sadism to it, particularly when it is not consensual – ie when both partners don’t enjoy the jealousy.

In my experience, this paraphilia often occurs only in the presence of other fetishes.

I set out to get some up to date statistics on the most prevalent paraphilias in the general population at the present time. As I was doing this, I realised that these statistics are skewed because they are being gathered most often from people presenting for treatment or people who have been arrested.  In these groups, the most common paraphilia is paedophilia. However, in the general population, I suspect the most common paraphilia is transvestism.  Because this doesn’t cause problems with the law and people often don’t present for treatment, the statistics surrounding how many people enjoy transvestism are skewed.

I thought I would gather my own statistics by looking at various social media groups for people who have non-normative sexual interests and see what was discussed most often. I reasoned that this might give me a less skewed idea of the most popular paraphilias. Unfortunately, my reasoning was flawed.  Lots of people are too embarrassed to discuss these issues on social media so what I was really seeing was people who are comfortable talking in public (and some may say people who are exhibitionists).

Sadism and masochism: Sadists gain pleasure from causing pain to others. Masochists gain pleasure out of pain. Sadism can be as mild as enjoying spanking someone to as severe as wanting to cause permanent injury.  Sadists on the far end of the spectrum (who want to cause permanent injury) are a small portion of the population. Sadists who enjoy giving a flogging or a spanking are far more common.

Masochists also fall on a spectrum from those who enjoy receiving a spanking to those who prefer pain that can cause serious injury. There are fewer who prefer serious pain.

Voyeurism is also very common. There are many people who enjoy watching others have sex. There are more than a few ways to indulge in this interest without violating someone else. Some people organise things with their partners and friends. There is a subsection of folks who like to watch from the wardrobe or closet. There are others who enjoy displaying their partners to others.  This is called candaulism. Sometimes this involves having the partner dress in a revealing way. Other times it may involve bringing another person to watch sexual activity. It can also involve filming a partner. Some of the folks who create amateur pornography are candaulists.

Transvestism is quite common. Transvestites enjoy dressing in the clothes of the opposite gender.  Most common are men who enjoy wearing women’s clothing and/or women’s underwear. These men do not wish to change gender.  They are not trans.  They enjoy the feel of ‘dressing up’.  There are women who enjoy dressing in men’s clothing. Often partners are concerned that a man who enjoys dressing in women’s underwear is gay. This is usually not the case.   It is the dressing up and the feel of the garments that is the turn on for these folks.

In the past, prior to the internet, if you had more unusual sexual desires it could be hard to find a sexual partner who shared your desires. Some people would engage in these desires with professional sex workers and keep this from their usual sexual partners.  Others who could not become aroused or reach orgasm without their particular kink could find they had no sexual partner and instead used fantasy material or their sex life was confined to their encounters with professional sex workers. Since the internet, it has become much easier for people to find each other. There are various communities where people talk about their desires and often can find compatible partners. To each, his own.

Joan wrote and said that she enjoys having sex in front of other people and that she was a bit concerned about her exhibitionism. She said that she likes the thrill of ‘almost getting caught’. There is no need to be concerned about exhibitionism per se Joan – as long as you aren’t exposing yourself in public where you may get arrested or traumatise unsuspecting people.  You can practice your exhibitionism with friends or at sex clubs without consequence.  If you feel that the part that turns you on the most is the thrill of almost getting caught and you don’t feel you can enjoy sex without this thrill, it would be worth seeing a therapist to help you to find ways of satisfying this need without ending up in difficulty with the law.