The theory was when prostitution (and brothels) were legalized, the criminals (especially organized crime – responsible for most trafficking) would find some other easier more lucrative way to earn money. In turn, sex workers, on the street and in brothels, would be safer, healthier and paid better. Prostitution was legalized in 2000. People who own a sex business need a license and to follow the local rules and sex workers now have to pay taxes.

Despite legalization, Amsterdam’s sex industry has continued to be inundated with the victims of trafficking most of which is being done through eastern Europe.

For those who choose to be sex workers, the environment did not get better financially.  They have to pay taxes and the rent for their premises (the ubiquitous windows in the Red Light district) went up because there were fewer available. The city council of Amsterdam started an initiative to create a brothel space that is designed and managed by the sex workers themselves.

They set up a foundation called My Red Light and their first brothel has just been opened.  It has room for 40 sex workers to work and occupies 14 windows across four buildings in the Red Light District.  The sex workers have been involved in everything from creating the laws that govern opening, taxes, licenses through to the decoration and styles of the windows.

What makes My Red Light different from other places sex workers work?

There is a client free lounge space in the buildings where the sex workers can meet, talk, have coffee, tea and light refreshment.  The rooms are lighter and more spacious than the typical rooms used by sex workers.

The people who designed this space hope this will combat some of the isolation that has existed and that women will be able to give each other advice about things like dealing with difficult clients. It also encourages the workers to become self-employed, allowing them to choose when, where and how they work.

The hope is that they will become less dependent upon pimps and others who seek to control and exploit them. By building a space together, they will learn about all aspects of business and will be able to share what they learn and potentially provide newcomers with personal and professional development paths.

But not everyone is happy about this project.  There are many who believe that the sex industry should be expelled from the Red Light District and that government sanctioning initiatives will only benefit the buyer of sexual services, not the sex workers.  They are concerned that pimps will benefit instead of sex workers.

So why aren’t people happy about this…

One of the biggest objections to sex work is that so many people who become sex workers are coerced into doing so and/or the victims of trafficking. These people live lives full of violence and misery.

The argument goes that if there was no pornography and there were no sex workers (e.g. there was no demand for such) then the trafficking would not occur. I am afraid I must disagree with this logic. Legalization decreases the amount of value to be gained by trafficking but on its own does not do enough.Until we see sex workers as providing a valuable service, shame will be the primary emotion experienced by both those seeking out the services and the workers themselves.  And where there is a lot of shame, there is potential to control and humiliate.

Until we see sex workers as providing a valuable service, shame will be the primary emotion experienced by both those seeking out the services and the workers themselves.  And where there is a lot of shame, there is potential to control and humiliate.

Shame becomes toxic when internalized.  This type of shame produces feelings of disgust and pain that are intense and is triggered and retriggered by our own thoughts. Shame of this type convinces people that they don’t have a right to their own bodies and therefore to say what is done to their bodies or what they do with their bodies.  In particular, women’s sexual experiences are often

In particular, women’s sexual experiences are often stigmatized. Women are told that to enjoy sexuality is shameful, to enjoy their bodies is shameful.  Women who choose sex work are stigmatized even further and through this learn that their health and even their consent does not matter. 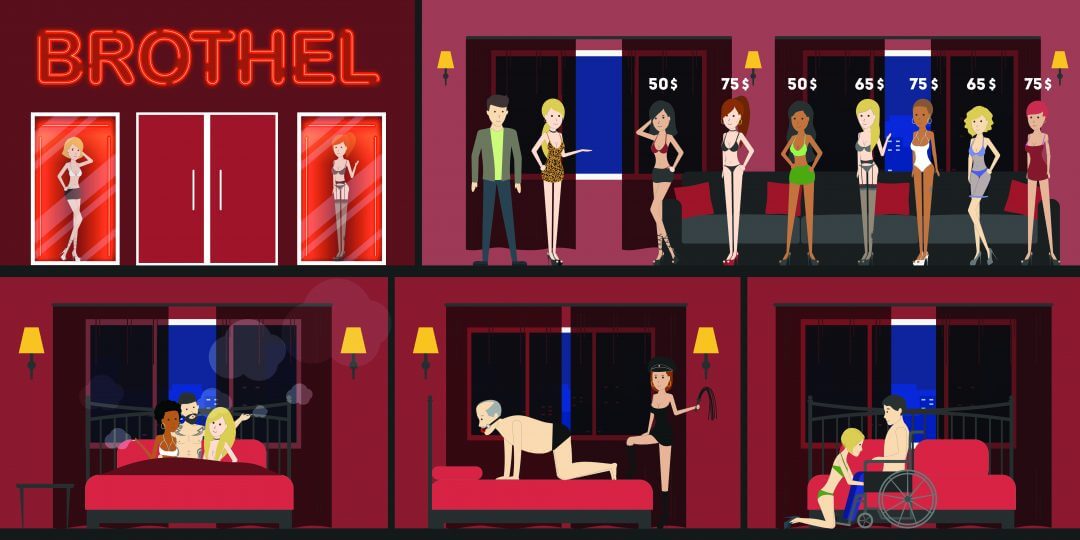 Perhaps creating a sex worker run workspace and learning space goes some way to de-stigmatising sex work and decreases shame for the workers as well as for the customers.  If it does, this is another step towards shifting attitudes around sexuality so that we begin to see sexuality as a necessary, joyful part of our lives.

Sex workers provide an invaluable service for people who are without sexual partners in the short, medium and long term.  I have worked with many clients over the years who were so socially phobic that the only way they could manage sexual contact was to see a sex worker.  Some were able to increase their social and sexual skills to the point where they found life partners and were forever grateful to the sex workers who helped them reach their romantic goals.

These sex workers helped the clients to embrace sexuality and to leave shame behind.  Other clients never moved beyond their contact with the sex workers.   In these cases, sex workers were even more important to the client’s well-being.  Long term lack of physical contact has long been known to be psychologically and sometimes even physically damaging.

Sex workers can provide a safe space for some clients to talk about and enact fantasies that they fear to discuss with their partners (or potential partners).  When sex workers are happy in their work, are well paid, have good health care and are treated with respect, they are better able to help clients let go of sexual shame.

This experiment will work best if the sex workers continue to have a large voice in creating the rules and procuring the education that they want.  If their voice is valued their esteem will rise.  If they are given more ownership over their business practices perhaps they will take more ownership over the totality of their work environment. In turn, valuing themselves enough to institute a policy for standard health care (where it is highlighted that the sex workers are valuing their bodies rather than framing it only in terms of protecting customers as it often is framed). 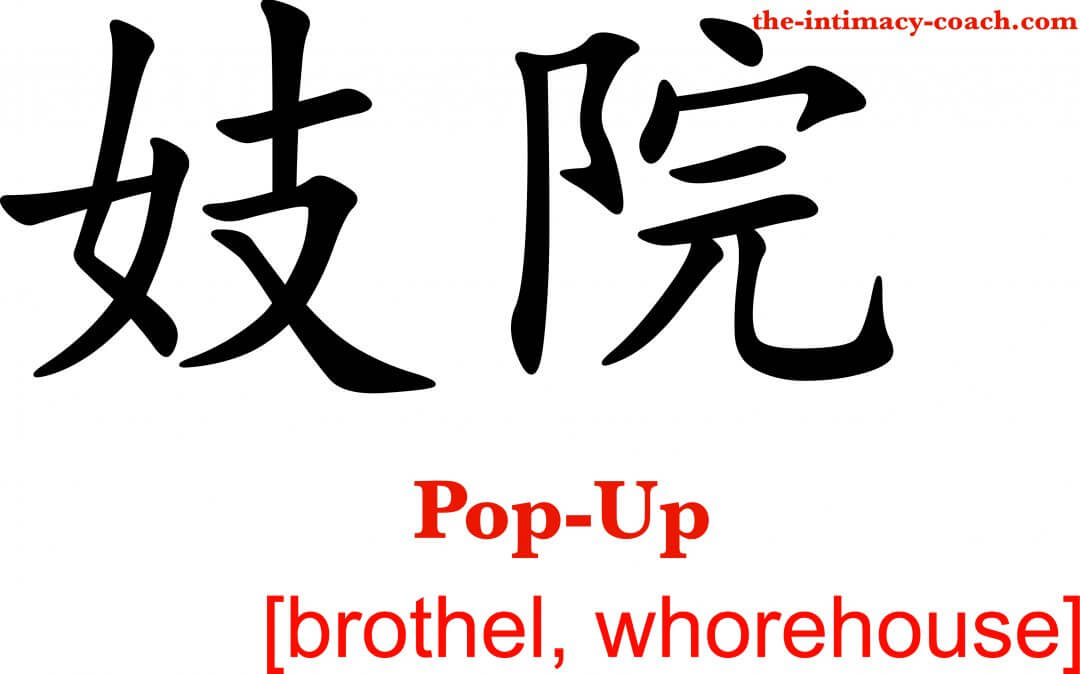 Economic pressure will always be a large factor in choosing to be a sex worker.   Many people making this choice have few other options to earn money that pay even close to a living wage.   However, there are many sex workers who choose sex work because they enjoy it.  Many who do so for limited periods of time (such as working their way through university).

There are also many forms of sex work. Perhaps the people running Red Light Foundation will create space for sex workers to work online or via telephone as well as working directly. Having choice is the mark of having control over life. Choice increases your sense of esteem and agency in the world.  Choice makes consent real whereas when there is no choice consent is simply words.

When pimps are involved and violence is threatened, there is no choice and therefore no consent.  When sex workers are given agency to create their own working lives, shame and humiliation decrease while pride and self-belief increase.

It is my belief that societal attitudes towards sex workers can reflect attitudes towards sexuality in general.  Where society views sex for pleasure as shameful, sinful or wrong in some way, sex work is viewed as dirty, shameful and degrading.  As society begins to view sex for pleasure as an integral part of life, sex work begins to be seen in terms of economics rather than morality.

If the Dutch government is able to make sure that the Red Light Foundation has the muscle it needs to make sure that windows are only rented to sex workers who have chosen their profession and not to pimps and traffickers, this initiative will benefit sex workers, clients and society.

My weekly podcasts The A to Z of Sex and Sex Spoken Here can be found on iTunes.  Check out my free eBook 74 Hot Movies (that are not pornography) here and join my mailing list.  Got questions about sex, sexuality or relationships?  Ask them here.