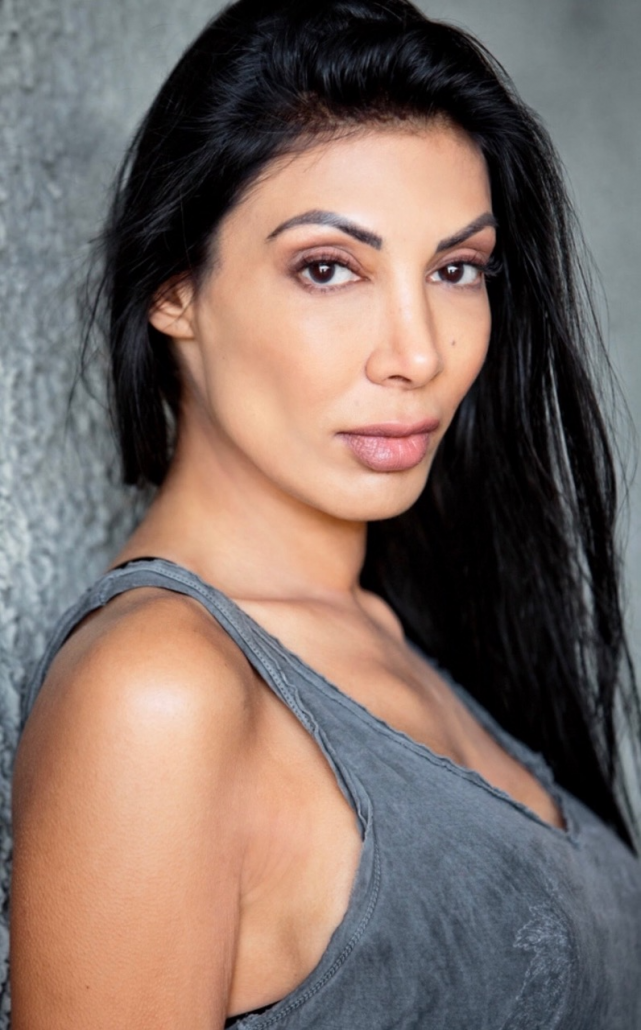 R is for Recharging with Jasmin St Clair

This week is R and R is for recharging. And today I am joined by Jasmine St. Clair. She shot to fame as America's most controversial sex symbol after appearing in the top selling adult films of the late 1990s. She created an outlaw rock star image that at times scandalized the adult industry. Her acerbic humor and willingness to mock her own porn star made her one of the highest rated guests on Howard Stern's radio show and related broadcasts for E entertainment. Sinclair's first mainstream appearances were in significant comic roles in communication breakdown, and in National Lampoon dorm days to more recently while studying and Bill O'Leary's acting workshop Sinclair has turned to dramatic roles in thrillers like Angel of reckoning and the talked about sci fi drama trial run 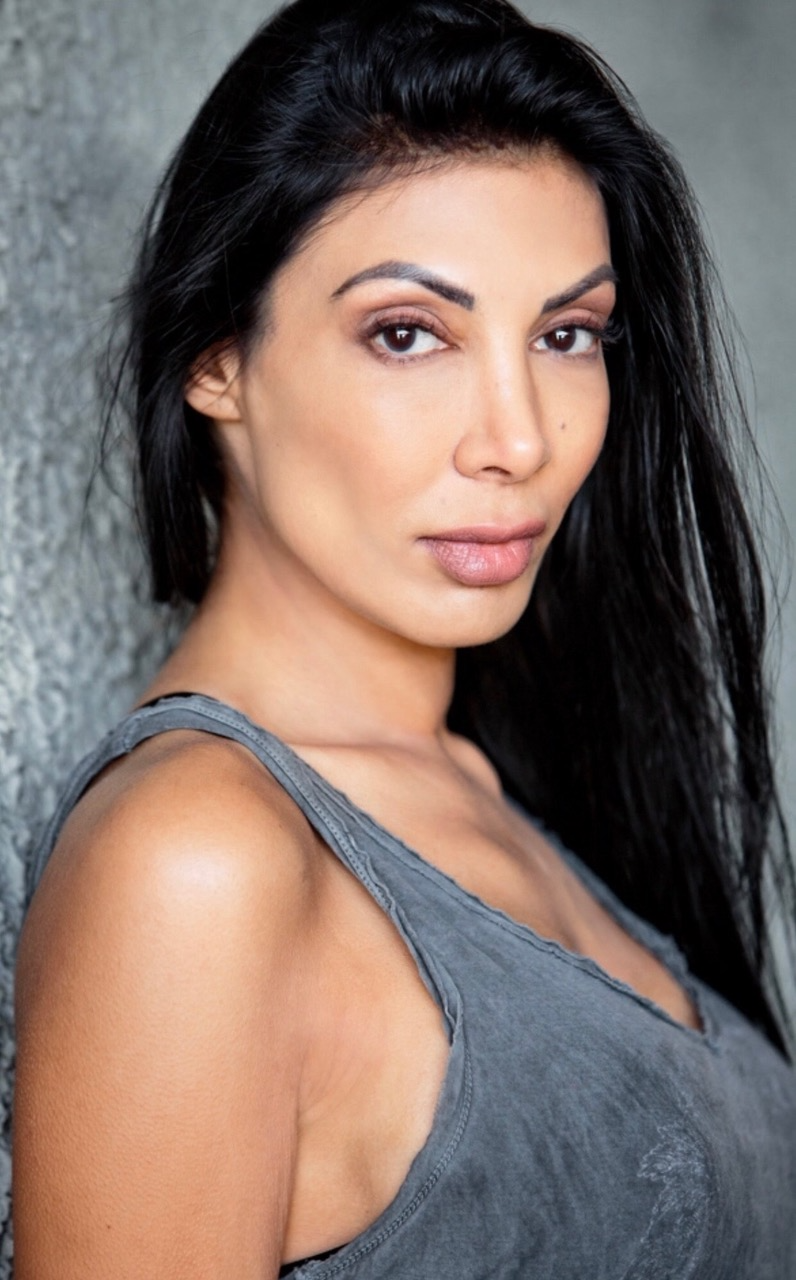 Join me as I talk with the incredibly versatile Jasmin St Clair about everything from relationships, to Cameo to recharging after 40.

This week is R and R is for recharging. And today I am joined by Jasmine St. Clair. She shot to fame as America’s most controversial sex symbol after appearing in the top selling adult films of the late 1990s. She created an outlaw rock star image that at times scandalized the adult industry. Her acerbic humor and willingness to mock her own porn star made her one of the highest rated guests on Howard Stern’s radio show and related broadcasts for E entertainment. Sinclair’s first mainstream appearances were in significant comic roles in communication breakdown, and in National Lampoon dorm days to more recently while studying and Bill O’Leary’s acting workshop Sinclair has turned to dramatic roles in thrillers like Angel of reckoning and the talked about sci fi drama trial run. Sinclair is often cast and ethnically ambiguous roles, or as Italian or Middle Eastern but she identifies as Latina due to her mix Northern European and Brazilian ancestry. Sinclair’s background is almost entirely at odds with her early adult film career. She was born Raya, I can’t pronounce this so you’re gonna have to say to blooped read did looked in the US Virgin Islands, her father from Holland operated a food distribution company. Her mother was a US educated lawyer originally from Brazil. St. Claire grew up on that hattons Upper West Side and attended the LISI broth live see process, and McBurney school whose alumni include Henry Winkler and JD Salinger. Sinclair graduated from Brooklyn friends school at age 16 with honors for her work in the pioneering art without walls tutoring program for inner city youth. Upon graduation from Columbia University, St. Clair became a financial consultant at SG Warburg then a division of Swiss bank. But while in a physically abusive relationship with a prominent Manhattan lawyer, who sent Claire later outed in an interview with Howard Stern, she began a secret life as a topless dancer at Manhattan’s infamous KitKat club. Then at flashed answers, she entered the adult industry on a dare invited on the Jerry Springer show for a scripted role as antagonist stripper. Sinclair invented her larger than life Jasmine Sinclair persona, Sinclair’s flair for theater and controversy marked her scent in the adult film world. She polarized the industry by calling porn films by and large, disgusting and brainless, but she quickly dethrone Jenna Jameson is America’s top selling porn star, and then became the first Latina to surpass traditional blonde poor star archetypes when her films achieved a number one sales position in 1998. She was inducted into AV Hall of Fame is one of the greatest porn stars of all time, and was among one of the first adult performers to be merchandised as an action figure and to start in an adult comic book series. There is so much more I could say about her because is Oh my god. But I just want to end with at the moment she also has her own heavy metal radio show Jasmine’s asylum on loss and a loss anarchy radio station on your radio. She has a monthly column and sports bike Inc Magazine as she’s an avid motorcycle enthusiasts. And she recently graduated from the Second City Conservatory in Hollywood. She also has a one woman show a weird kind of fame, and I was lucky enough to appear on her podcast very recently.

Dr Lori Beth: I think one of the things that’s always interesting is when we recharge ourselves for a new act in our lives. I talked about it in terms of acts in a play, because it makes sense to me. The first act of my career, being mostly focused on trauma, psychology, and the second act in my career, but also doing some sex and relationship stuff. The second act in my career being focused on a lot on forensic work, because I did a lot of courtroom work. And, and also building up more and more of the one to one and the group therapy work. And so it was the therapy, and coaching and court work. And this third act, I’ve added in the media: doing television, doing more writing, doing more radio than I’ve done, and more podcasting that I’ve done isthe third act. And so for you, you’ve gone through all these different iterations, these different acts in each time, you’ve taken kind of the best of what you had in one and moved it to the next.

Jasmin: It’s been a journey for sure. And we know you Oh, you can always like look at everything in life as being negative, they might have been negative at one point. Sure, you know, such as your situations, but you’ve transformed it into a complete positive. But I feel as though sometimes when it’s so many, like people that judge and say so many negative things to you, eventually you try to this is part of like, what my shows about my one woman show is you try to escape that whole realism of what brought you from A to Z, because that’s the cool part. And then you have all these, you know, the Moral Majority is what I call them. And they probably have way more to hide than any hardcore criminal that’s out there, you know, but then there’s judging you so much, and you try to get that identity away or away from it. And sometimes you can’t, you know, I flew all the way to Norway, I was living there. I went to Iceland to try to get away from Jasmin, but at the end of the day, a lot of people remembered me.

You give up your right to privacy when you become a public figure number one, and I learned that like a long time ago. So years ago, the first director I was under contract to John T bone. He looked like Jerry Garcia from the Grateful Dead very smart, British person. He said you give up your right to privacy. Okay, great. So then there’s a whole thing of a mask what how much do you really want people to know? Like my one woman show people have come there. And I had some guys saying, oh, we’d be great together. Okay, so just because I gave you an hour of a show doesn’t mean I’m married to the truth 100%

Dr Lori Beth: Of course you’re not, you’re an entertainer, you have to your job. I’m not just trying to explain to people, although I am pretty authentic in what I do, there are some things you won’t know about me, because I don’t actually think you give up your right to privacy when you become a public figure. I think you give up some of your right to privacy and you become a public figure. I think everyone has a right to a private life. I think the idea that the media can be here all the time. And the justification that’s often used is in quotes, it’s in the public interest. That’s true. And, you know, there are a lot of things that aren’t in the public interest. Obviously, if a politician is saying one thing and doing something else that’s in the public interests, if I were pretending to be highly moral in a very judgmental manner, and I were my kinky self in private. Well, that might be in the public interest. I mean, I’m open about what I am so that there’s no, there’s nothing interesting to find there. . So yes, I agree, you do give up some of your privacy, which means you need more recharging time.

Jasmin: You absolutely need more space to recharge and place to go and just be quiet. it’s also one of the reasons not to online date. Exactly, exactly. The photos and you don’t know who that person is. You don’t know what they’re going to do. But the whole thing is I just people don’t understand. And once you start getting into this whole thing, it’s going to be this all day. And you don’t know how many other people they’re doing that with that is the other issue with that in general. I mean, I have friends, I’ve lived through their nightmares with these, like online dates vicariously because I’m usually the one they call Oh, well, this happened that happened. It’s like, how did you meet this guy online? Well, what do you know, of course, that happened. Because they’re not representing themselves. You could write the person the perfect personal that when someone meets you, you’re a total hot mess. And I don’t, I just can’t engage in that I really can. And you know, I am a very, I wouldn’t say complex, but there’s just very, very, very complex parts of me that are very difficult to understand. And I get into these crazy zones, and I get into the not crazy zones. And it just when I go I go and it’s not like I’m ignoring people. It’s just I have to do what I have to do. I have to do my podcast, I have to do this. I have to go read for something that I have auditions. These are the priorities. It’s not saying that I am treating people like shit, but this is what they are.

See, I gotta recharge alone, like, I just can’t have people in that cosmic space. And like, going to the sauna, I want to just, I don’t want anyone there, I just want to be able to close my eyes. Sometimes I have to knock on the door, like, Hey, you’re supposed to be out like five minutes ago, okay, go get a massage, I have lower back pain. Still, I don’t know. Like, it’s not, it’s not a health issue, but it’s just probably from not stretching all the time. So now I take time to stretch, I take time to actually go to yoga twice a week, to stretch specifically because it’s really helped me, I do my Pilates class. And I just, like I just can’t like if I go walking on a trail, I don’t necessarily want to have friends, you know, I just I want to just go alone, I want to take my photos of things. And like sometimes I go with friends, but I just really much rather do these things. Sometimes I just like having a glass of wine outside. And just people watching you know, and just seeing things like that i It’s a very personal thing. And without that I don’t have my sanity. And seeing me on an insane day is not fun.

PrevPreviousEncore: S is for Beyond Slut Shaming