When Pain Turns You On…

Miranda was experimenting with her first girlfriend when she realized that pain turned her on.

Her girlfriend bit her in the heat of passion and it was an instant orgasm.  At first she felt confused by this and then she felt ashamed.    Wasn’t pain supposed to turn you off? 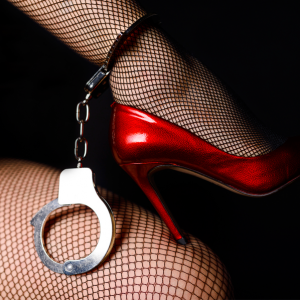 According to current statistics, 1 in 10 people has tried BDSM at least once.  This suggests that pain turns people on far more than expected.   Biologically, pain is more related to pleasure than one might think.   A variety of chemicals are released in the brain in response to pain messages.  Endorphins are the ones that most people are familiar with.  These are the body’s natural opiates.  Anandamide is known as the bliss chemical and binds with cannabinoid receptors in the brain.  It blocks pain signals and brings on a warm, fuzzy feeling just like cannabis when it binds to the same receptors.  Adrenalin is also released and the raised heart rate adds to the feeling of excitement.

People who gain sexual pleasure from some types of pain are called masochists.  If you are a masochist, you will find that pain turns you on when it is part of a sexual and intimate experience.  Masochists do not find stubbing a toe exciting.  That pain just hurts.  It is the pain that is deliberately produced as part of an intimate activity that becomes pleasurable. 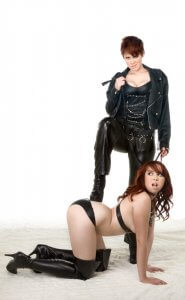 The pain is not simply turned into pleasure as some people have described.  The masochist feels the pain and is also turned on by the pain.  People talk about transmuting pain into pleasure.    If you are finding this hard to grasp, the easiest example is that of the serious professional athlete who practices and exercises until her body starts to signal injury or overexertion with pain.  If the person pushes on, she will begin to experience feelings of euphoria.  This has become known as a ‘runner’s high’. Masochists have the same experience during different types of sexual activity.  They seek out the pain which then turns into intense pleasure.  It goes beyond seeking an intense orgasm.  Many people seek out catharsis as well.

Barry Komisaruk from Rutgers University has done lots of fMRI research on pain and pleasure.  He has found a link between the pain pathways and the orgasm pathways in the brain.  He also points out that facial expressions made during orgasm are similar to those when people are in pain.

Even knowing that pain and pleasure are mingled in our biology sometimes does not diminish the shame people feel when they discover that pain turns them on.

You may feel when pain turns you on that there is something wrong with you.    The shame can add to the turn on for some people but for many others makes it impossible to enjoy feeling turned on.

Jan noticed she enjoyed pain when she was 14 years old.  Her boyfriend held her down while they were having sex and instead of being outraged, she had an intense orgasm.  Initially, she didn’t worry about this connection between pain and orgasm.  It was only after she told a couple of boyfriends who reacted with disgust that she began to feel intense shame around her desires.  After years of fantasizing about pain instead of being in safe and consensual relationships where pain was an integral part of the sex, she finally decided to seek some professional help.  Jan said she was tired of only feeling like sex was lukewarm.

After a few months of personal work, Jan was able to approach her desires with acceptance.  She began to date men who shared her interests and met Burt after a few months of dating.  They enjoy a committed relationship that includes lots of satisfying sex.

When pain turns you on you need to be careful about who you decide to share this with and how you decide to bring pain into your sexual life.  There is more danger associated with sex that involves masochism than there is in other types of sexual relationships.    Before agreeing to sexual activities that include pain and higher levels of physical risk, make sure that you fully trust the person you are inviting into your sexual world.  Take the time to negotiate the types of activities you wish to engage in, your boundaries (including hard limits and safe words).

Start gradually and take the time to talk about the experience afterward.  If the person you are engaging with is not staying the night with you after the experience, make sure that you have support available to you in case your reaction is not entirely positive.  With those precautions dealt with, relax and enjoy the experience.

If you want some help exploring how/why pain turns you on, schedule a free discovery session with me here.

Join me for my teleseminar with Lisa Steadman on 23rd August.   4 Secrets for Arousing and Igniting your Authentic Sexual Self.